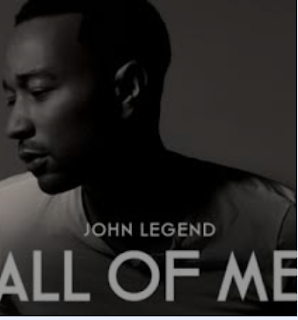 Welcome to Saturday 9. What we've committed to our readers is that we will post 9 questions every Saturday. Sometimes the post will have a theme, and at other times the questions will be totally unrelated. Those weeks we do "random questions," so to speak. We encourage you to visit other participants posts and leave a comment. Because we don't have any rules, it is your choice. We hate rules. We love memes, however, and here is today's meme!


Unfamiliar with this week's tune? Hear it here.
1) John Legend sings he loves his woman's "perfect imperfections." Tell us something quirky or imperfect about a loved one that you would not change.

2) John wrote this love song to his wife, Chrissy Teigen. The couple recently lost their baby after pregnancy complications. To whom did you most recently send a sympathy (or "thinking of you") card or message?
3) While adventurous in his creative career choices, John admits his taste in food leans toward the tried and true. His favorites are chicken (rotisserie or fried), macaroni and cheese, and steamed vegetables. What's on your weekend menu?

4) When he was growing up, John's mother, Phyllis, helped support the family as a seamstress. Are you any good with a needle and thread?

5) As a child, he was such a big fan of Andy Griffith and Matlock that he wanted to be a lawyer. If you grew up to have the same occupation as the TV character you liked best as a kid, what would you be doing?


6) John is a judge on The Voice. Do you watch that show? Or America's Got Talent, or American Idol?

7) In 2013, the year this song was popular, twin baby pandas were born at Zoo Atlanta. Their panda parents had been given to the US as a gift from the Chinese, with the understanding that any offspring would be given to China. So, in 2016, the panda cubs were flown to a Chinese conservation center. They had a hard time adjusting at first, confused by jet lag, unresponsive when spoken to in Chinese, unimpressed by their new diet. Have you ever found yourself similarly overwhelmed when you traveled far from home? (BTW, the pandas are doing just fine now in their permanent Chinese home.)


8) Also in 2013, The Pope posted his first tweet. What social media platforms do you regularly use?


9) Random question: Have you ever a) written something on a public wall or b) carved anything into a tree of bench?