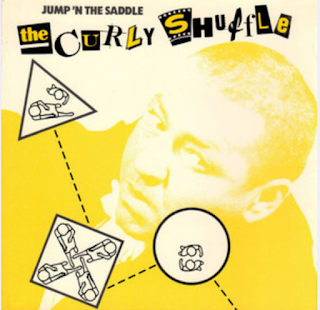 
1) This song is a valentine to The Three Stooges. Are you a fan?

2) It was released to coincide with the Three Stooges getting a star on The Hollywood Walk of Fame. That's the Hollywood in California. There are 23 other Hollywoods in the United States and two in Ireland. Have you ever visited any of these 26 Hollywoods? If so, which one?

3) The inspiration for this song was Jerome Horowitz, aka Curly Howard of The Three Stooges. He had many signature phrases, including "nyuk, nyuk, nyuk," "woob, woob, woob," and "sointenly." Give us a movie quote, and be sure to tell us who said it.

4) Curly's older brother, Moses Horowitz, was better known as Moe Howard. Moe was convinced that Lou Costello of Abbott & Costello developed his screen persona by stealing from Curly. It turns out he was right! Lou Costello was previewing early prints of Three Stooges films before they were released to the public. Tell us about a time your gut instinct told you something that turned out to be true.


5) The third Stooge, Larry, was Louis Feinberg. Though he became famous as a movie comic, he was also a talented musician. When he was 11, he received an invitation to study violin at a European conservatory, but because of WWI he was unable to go. Tell us about plans of yours that were interrupted because of circumstances beyond your control (weather, the pandemic, etc.).

6) As a teen, Larry took up boxing and won several bouts. His father disapproved of the sport and put an end to his boxing career. Did you participate in sports during your teen years?
7) Today the Three Stooges Fan Club has more than 2,000 members and publishes a quarterly newsletter filled with rare photos, interviews, trivia and a marketplace where fans can buy and sell Stooge memorabilia. Have you ever belonged to a fan club?


8) In 1983, Princess Diana was the world's top cover girl. Her influence was credited for reviving Britain's fashion and tourist industries. When you think of Britain, what's the first thing that comes to mind?

9) Random question -- Your best friend needs help hanging a picture. Would you be comfortable holding the nail so your friend could swing the hammer?